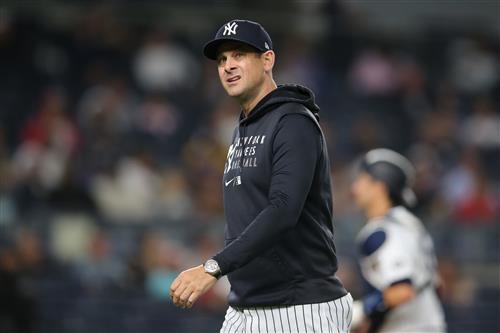 After a lengthy silence on the matter, the Yankees this morning will announce a new contract for manager Aaron Boone, reports Jack Curry of the YES Network. Boone and the Yankees have agreed to a three-year deal that contains a club option for a fourth season. He’d managed the 2021 season in the final year of his contract after having a club option on his original three-year deal exercised.

It’s been two weeks since the Yankees’ season ended in a 6-2 loss at the hands of their archrival Red Sox. Along the way, New York parted with hitting coach Marcus Thames, third base coach Phil Nevin and assistant hitting coach P.J. Pilittere — all amid wide-ranging speculation about broader changes. Boone, however, will not only return for the 2022 campaign but a multi-year deal that’ll keep him in the Yankees’ dugout through at least the 2024 season.