Will Trevor Bauer ever pitch again? What's next for him, the Los Angeles Dodgers and MLB
ESPN | Aug 31 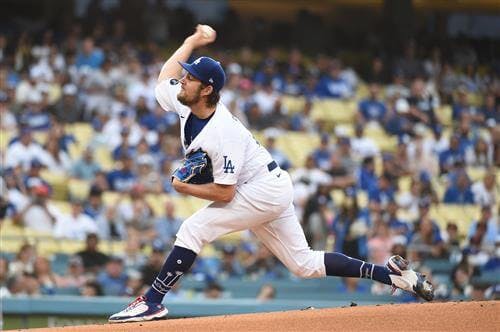 In the two months since Trevor Bauer last appeared in a game for the Los Angeles Dodgers, his future -- legally and professionally -- has been the source of great speculation around Major League Baseball. With a California judge rejecting a woman's request for a restraining order against Bauer and the Pasadena Police Department sending its investigation into the woman's allegations that Bauer sexually assaulted her to the district attorney's office, some short-term clarity could be near.

Regardless of whether Bauer is charged with a crime, sources around the sport told ESPN they expect the league to levy a significant suspension against the 30-year-old. Further, front-office officials question not just whether the reigning National League Cy Young Award winner will return to the field with the Dodgers but if any team in MLB will be willing to roster him after multiple women have accused him of abuse.

In recent weeks, ESPN spoke with more than two dozen sources -- executives, owners, lawyers, players and others familiar with how the league's domestic violence policy operates -- to assess Bauer's future. While MLB and Bauer's camp declined comment, the picture that emerged is one in which Bauer will remain a prominent figure in baseball even as he's not in a uniform, protesting the discipline handed down and trying to salvage his career and money.

The fallout from the allegations against Bauer by the California woman, as well as an Ohio woman who at one point sought a protective order against him, has left plenty of questions. Here is an attempt to answer them.

The Los Angeles County District Attorney's office is poring over information provided by Pasadena police after a 3½-month-long investigation into an alleged sexual assault during which the California woman said Bauer punched her in the face and vagina and choked her unconscious without her consent. The woman attempted to secure a permanent restraining order against Bauer but was denied after a judge determined following a four-day hearing that Bauer was not "likely to cause petitioner any harm or even have contact with [her]." On July 2, MLB placed Bauer on administrative leave -- a designation that has been extended seven times and remains in place today. During administrative leave, Bauer cannot play but is being paid.

What is next for Bauer?

The district attorney will decide whether to file charges against Bauer based on the evidence gathered by Pasadena police. The woman said Bauer assaulted her while the two had sex at his Pasadena home April 21 and May 16. Bauer's attorneys have said the two had consensual rough sex. The judge in the restraining-order case said "the injuries as shown in the photographs [provided by the woman] are terrible" but added "she was not ambiguous about wanting rough sex in the parties' first encounter and wanting rougher sex in the second encounter." Even with the ruling in the civil case, prosecutors could pursue criminal charges against Bauer. It is unclear how soon the DA's office will make its decision.

How could this affect his baseball career?

If the DA files charges, it complicates matters for the league. When Hall of Famer Ferguson Jenkins was arrested in 1980 for drug possession, commissioner Bowie Kuhn suspended him for not cooperating with the league's investigation. An arbitrator overturned the suspension, claiming that by cooperating with the league's probe, Jenkins could be harming his ability to defend himself from criminal charges. While commissioner Rob Manfred has meted out discipline with players' criminal cases still pending, the significant public interest in Bauer's case, lawyers suggested, has caused the league to proceed conservatively, even with a preponderance of evidence from the civil hearing.

MLB and the MLB Players Association's joint domestic violence, sexual assault and child abuse policy, which governs how the league handles investigations and discipline in such cases, does offer an option beyond keeping Bauer on administrative leave ad infinitum or trying to suspend him without pay. If Manfred believes "he is not in a position to impose discipline until the resolution of a criminal or legal proceeding, but that allowing the Player to play during the pendency of the criminal or legal proceeding would result in substantial and irreparable harm to either the Club or Major League Baseball ... the Commissioner may suspend the Player with pay pending resolution of the criminal or legal proceeding."

If prosecutors decline to file charges, the league would proceed down the traditional disciplinary path against Bauer.