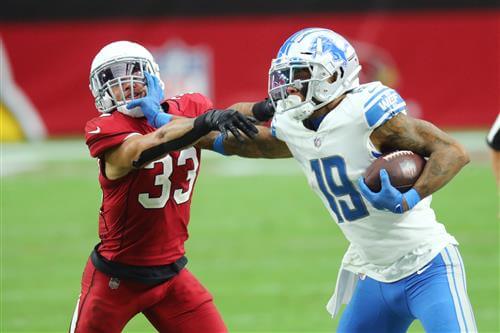 Detroit Lions wide receiver Kenny Golladay has been one of the NFL’s best, young wide receivers when healthy. Set to become a free agent at the end of the season, Golladay is poised to be one of the best free-agent talents available in 2021.

Golladay, a third-round pick in the 2017 NFL Draft, will have a chance to cash in this offseason with a lucrative contract. With so many NFL teams looking for star talent at wide receiver, the Lions will face a crucial decision this offseason.

It’s been another lost season for the Detroit Lions. Entering Week 11, they are quickly falling out of the playoff hunt and seem destined for a top-10 pick in the 2021 NFL Draft. Plenty of changes will come this offseason, including at wide receiver.