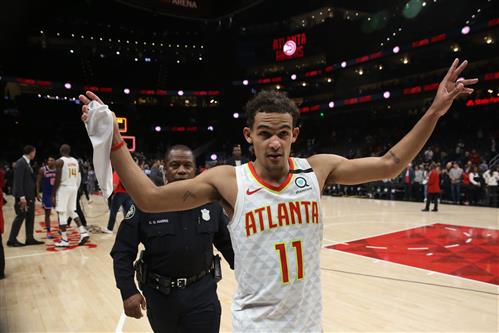 When Trae Young officially announced in late June that he would be switching agencies from Octagon to Klutch Sports, you already knew it was going to happen.

Given that Klutch Sports founder and CEO Rich Paul is close friends with LeBron James and represents both James and Anthony Davis, Lakers rumors will always arrive in full force whenever a big name joins the agency. But Young's move isn't about Paul, James or Davis — it's about an agent named Omar Wilkes.

Back when Young was picking apart defenses at Oklahoma, Wilkes began building a strong relationship with Young and his family. Wilkes managed to sign Young despite competing against other agents with bigger portfolios, and their bond only grew as Young established himself as one of the most exciting offensive weapons in the NBA.