Which game did Charles Barkley play drunk in after his 1992 trade to the Lakers fell through?
Silver Screen And Roll | May 22 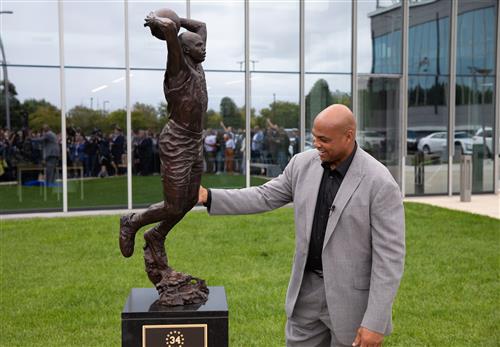 We already knew that Charles Barkley once thought he was getting traded to the Lakers in 1992 before the Philadelphia 76ers backed out of the deal. That much is not news.

What we got during Barkley’s (very fun) conversation with Zach Lowe on “The Lowe Post” podcast earlier this week, however, were a few more details about that day, and how that rescinded trade led to Barkley having to play drunk for the Sixers later in the evening:

“I’m on cloud nine, he calls me back three hours later, it’s like 3:30 now, he says ‘the Sixers backed out of the deal.’ And I’m drunk as [bleeped expletive] and we got a game that night, and I’m like ‘what? What are you talking about?’ And he’s like ‘the Sixers were scared to pull the trigger.’ So I’m like ‘you’re kidding me, dude we got a game tonight and I’ve been drinking since noon.’ The one thing that’s funny, I don’t even know how I played that night. I think I might have played so bad because I was so angry the Sixers didn’t pull the trigger, and then it’s just suffering the next two or three years.”