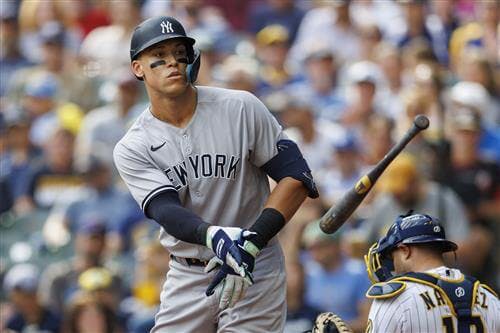 With all the speculation about where Aaron Judge will sign, what about the question of where he should sign?

The question is complicated. First of all, there is only one opinion that ultimately matters: Judge's. To apply our own factors is to make wild assumptions about his decision-making process.

But, hey, it's sports, and we do this sort of thing all the time. When you are talking about a player of Judge's stature -- one of the game's brightest stars, one who puts butts in seats and moves merchandise -- it's a question worth asking. Each time a star like this hits free agency, it is a test case for the various underlying factors that drive the MLB offseason.

With this in mind, I created what I'm calling a Fit Rating. It's just like it sounds. I considered five factors and then rated each franchise for its most recent numbers in those categories. I've given each category a score of one, two or three as a weighting factor, where three is the most important and one is the least. The final ratings ranged from 91 to 121.7, with 100 being average.

Market: Based mostly on the population of each franchise's media market, with adjustments to reflect that teams in shared markets don't necessarily have identical market shares. The indexes in this category get two points of weighting.

Ballpark: Which parks are best for Judge? I based this conclusion on Statcast figures for expected home runs based on venue, using five years of data. Last season, Judge hit 62 homers, as we all know. According to Statcast, that figure would have been 73 had Judge played all his games at Great American Park in Cincinnati. If he had played at Comerica Park in Detroit, the figure would have been 51. This is another two-point category.

Payroll: Yes, there is an overlap here with media market sizes, but not entirely. Some teams spend above expectations, others do not. I figured a standard score for each team's Opening Day payroll over the past 15 seasons, based on data from Cot's Contracts. I used an average of the top three seasons. This is a three-point category.

Geography: Judge attended high school in Linden, California, as did his wife. He has spent his entire big league career calling Yankee Stadium home. So I figured the distance of each big league park from these two venues -- Linden High School and Yankee Stadium -- and took the lesser distance as the basis for figuring the score in this category. The closer the better. This is just a one-point category in the weighting -- the least important factor.

Consistency: This considers how much teams have won recently (average wins per 162 games over the last three seasons) but also the average going back over the last 15 years. We are looking to balance the consideration of which teams win consistently with those best positioned to win now. This is a three-point category.

After all of this has been rated and mashed together, here's how the rankings ended up.

The Yankees' lowest score was for ballpark fit, but even there, Yankee Stadium ranked eighth. Every other category had the Bombers first or second, with the Dodgers being the only team to win at a high level more consistently in the recent past. There are other unratable factors that ought to favor a Judge-Yankees reunion: familiarity, personal relationships, loyalty, etc. But the measurables also see the Yankees as Judge's best option.

Like the Yankees, the Dodgers are a slam dunk fit. Dodger Stadium is the third-best fit among the venues. (Statcast says Judge would have hit 69 homers there last season.) The Dodgers are in a huge market, have immense financial resources, are based in Judge's home state and are by far the most successful team on the field over the past 15 years (at least in terms of regular-season dominance).

Citi Field is a drawback, ranking 15th among the venues. And the Mets have been a fairly inconsistent franchise over the years, especially coming from baseball's largest market. But it's a new day in Flushing under Steve Cohen's ownership, so even as the Mets rate as a top-tier fit, the real scores may have them even closer to the Yankees and Dodgers than what's indicated here.