What Would A Ben Simmons Trade To Miami Look Like?
NBA Analysis | Jul 29 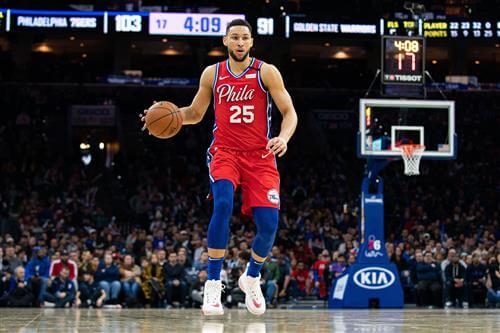 The Miami Heat got swept by the eventual NBA champion Milwaukee Bucks in the first-round of the playoffs this year and now, they are going to be looking to add a lot of talent in the offseason.

At first glance, they may not seem like a team that can make many moves because of their lack of assets and cap space, but both Goran Dragic and Andre Iguodala have team options that can be exercised to free up a lot of room.

Guys like Kawhi Leonard, Kyle Lowry, DeMar DeRozan and others have been in rumors mentioned this NBA offseason as being potential targets to pair with Jimmy Butler and Bam Adebayo in Miami, but what about Ben Simmons? The Philadelphia 76ers are open to dealing him this offseason, but they are asking a “steep price” for him, according to ESPN’s Adrian Wojnarowski.

Miami is looking to add another All-Star to pair with Butler and Adebayo, which is why Simmons could make sense given his playmaking abilities and his potential to still grow.

According to The Atheltic’s Sam Amick, the Miami Heat, Toronto Raptors and Washington Wizards are interested in Ben Simmons and the chances of the young All-Star being moved is “looking increasingly likely.”

The Philadelphia 76ers do want a lot back in return for Simmons, but could they be willing to come down on their asking price to send him to Miami? Right now, that seems unlikely, but let’s take a look at the best deal the Heat could potentially offer up for Ben Simmons.

Outside of Goran Dragic and Tyler Herro, the Heat really do not have much to offer the 76ers for Ben Simmons unless Philadelphia is interested in either Duncan Robinson or Kendrick Nunn in a sign-and-trade offer.

Dragic has a $19.4M team option for the 2021-22 season that could be of interest to the 76ers seeing as he is a veteran, former All-Star player who can still be a key part of a championship roster. He may not be as talented or have the potential Simmons does, but Goran Dragic was the starting point guard for the Miami Heat when they reached the NBA Finals in 2020.