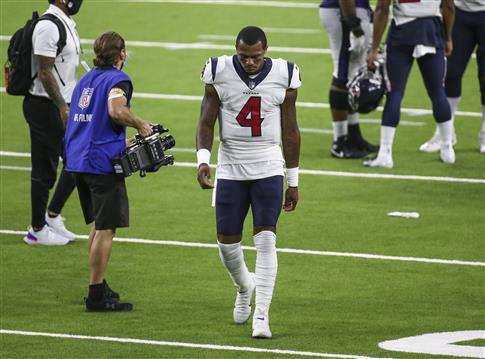 As of last week, it was believed that the grand jury eventually handling the criminal complaints against Texans quarterback Deshaun Watson could conclude its work by late October. A new report suggests otherwise.

A.J. Perez of FrontOfficeSports.com writes that it’s “looking more unlikely” that the criminal probe will end before the November 2 trade deadline

NFL
Will Daniel Jones Be The Giants QB In 2022?

As worded, that’s a bit vague. If it was previously looking incredibly likely but now only marginally likely, it technically would be “looking more unlikely.” Regardless, we’ll interpret the comment as meaning that, for now, it’s not expected that the grand jury will reach a decision as to whether to indict or not indict Watson before the trade deadline.