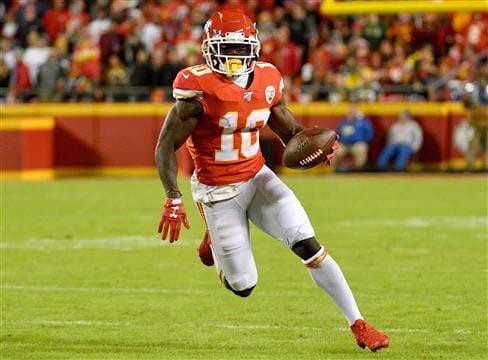 Davante Adams‘ desire to reunite with Derek Carr not only changed the Packers’ wide receiver situation; it directly impacted another Super Bowl contender’s aerial corps. Tyreek Hill went from negotiating a Chiefs extension in early March to being dealt to the Dolphins for five picks three weeks later.

The $30MM-per-year contract Miami authorized came after Kansas City balked at a deal similar to Adams’. Hill’s agent, Drew Rosenhaus, said on the receiver’s first episode of his It Needed To Be Said podcast the Hill-Chiefs talks changed after Adams inked his $28MM-AAV Raiders deal. Shortly after the Adams extension, Rosenhaus “put pressure on the Chiefs” to hammer out an Adams-style accord, with the agent calling his client a superior player to the two-time Packer All-Pro.

“If they didn’t want to do that type of deal, then we would get them a blockbuster trade,” Rosenhaus said, via Mike Florio of Pro Football Talk.