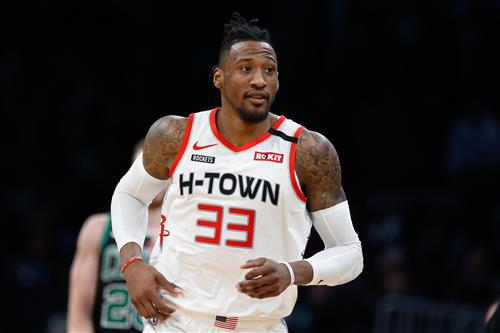 Robert Covington is being traded to the Portland Trail Blazers for Trevor Ariza and two first-round picks, according to Adrian Wojnarowski of ESPN, Wojnarowski tweeted out the deal just minutes ago.

The 29-year-old forward is a seven-year veteran with tours in Philadelphia and Minnesota as well as Houston. He’s played all three frontcourt positions during his career, though he stands just 6’7. He holds career averages of 12.7 points and 5.7 rebounds per game on 40.6% shooting from the field, 35.6% from the three-point arc. He played in 22 games with Houston last season, averaging 11.6 points and 8.0 rebounds in 33 minutes per game.