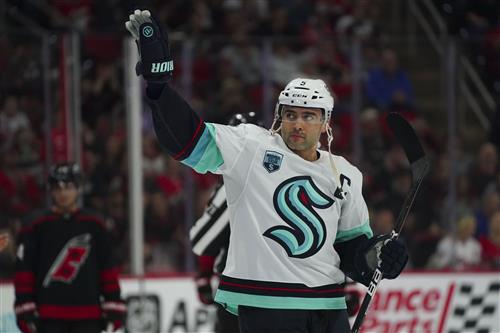 Giordano, 38, was the Kraken's inaugural captain after spending 15 seasons in Calgary. Giordano is an unrestricted free agent this summer and met with Seattle general manager Ron Francis earlier this month to discuss his future. Giordano expressed a desire to be traded to a contender so he can chase a Stanley Cup this spring, according to sources.

The Maple Leafs have a top-5 offense in terms of goals per game, but were looking to shore up the defense to get past the first round of the playoffs for the first time since 2013.

Last month, the Maple Leafs sent forward Nick Ritchie and a conditional draft choice to Arizona in exchange for defenseman Ilya Lyubushkin, who has been on Toronto's third pairing most of March as well.