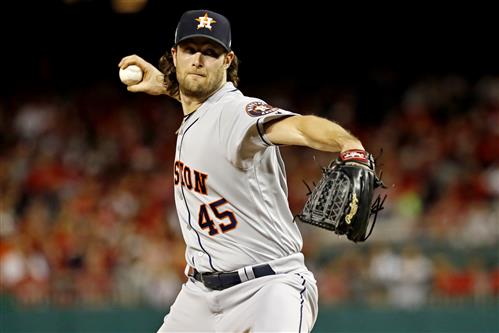 Gerrit Cole is a free agent this winter. He will not be returning to Houston based on the fact that he discarded his Astros gear like it was on fire as soon as the World Series ended. So which teams are most likely to give him a lot of money?

Notice the first autofill result when you search Gerrit Cole on Google? That's just how the world works. If there is a good baseball player, people will assume he will eventually end up on the New York Yankees. The Yankees are in need of a marquee ace and Cole would fit the bill nicely. But will the Yankees break the bank for Cole? It's been a long time since the Yankees spent the most money in baseball by a wide margin.

They've got a perfectly good Mike Trout on their roster and finished 18-games below .500 in 2019. Trout is making $36 million this season and $35.45 million every year after that until well after California has broken off of the West Coast and floated into the ocean. They might want to spend a little more money on a good pitcher and try to make the playoffs for the first time since 2014.