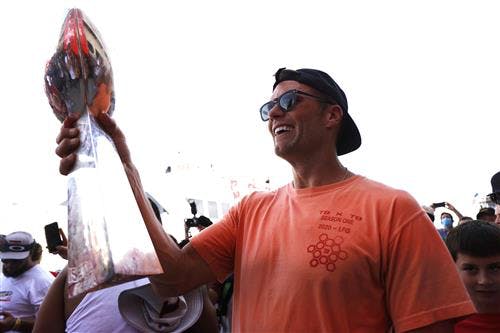 The Tampa Bay Buccaneers will be loaded on offense next season if they simply bring back most of their key players, but is there a chance they could add another star receiver in the coming months? Tom Brady probably wouldn’t be opposed to it.

ESPN’s Jeff Darlington said on Thursday’s edition of “Get Up!” that Brady and Odell Beckham Jr. “would like to play together at some point.” He noted that Brady did not pitch Bucs general manager Jason Licht on the idea, but he and Beckham have gotten friendly over the years.