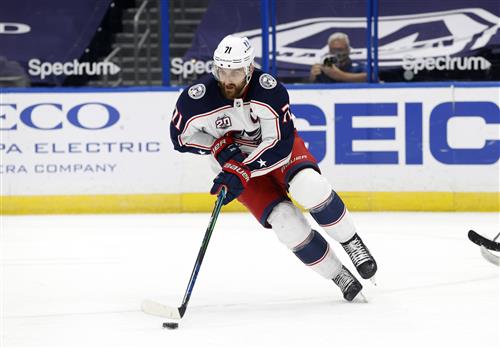 As the trade deadline approaches and the Columbus Blue Jackets oscillate between wins and losses, they have a lot of tough decisions to make–and soon.

They only have a select few players in the last year of their contracts, and with Riley Nash getting hurt, the list gets smaller and smaller.

Now, they're staring down an awkward conversation with captain Nick Foligno. He obviously will be given plenty of runway to make the decision he wants, and if possible, ensure he's moved to a contender that needs him (if that's where the conversation goes with GM Jarmo Kekalainen).

Here are three teams that make sense for a Nick Foligno trade:

Of all teams on the list, this one has the most smoke around it. We've seen a couple of reports from Canadian outlets saying that the Maple Leafs are circling the veteran forward as a target. Frankly, it doesn't seem like the fit that others on the list might be.

The Maple Leafs are strapped for cash and are already up against the cap, and would need something significant going back the other way for it to work. They also already have a fair amount of veterans in their lineup.