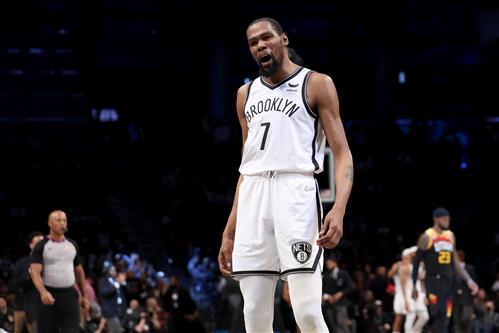 With a loss last night, the Boston Celtics fell to 2-1 against the Miami Heat in the NBA Eastern Conference Finals. The final outcome of this series will likely guide their decision-making process this NBA offseason.

They’re still unlikely to make major moves. This team had the best Net Rating in the NBA from the All-Star Break onwards at 12.8. They made the Conference Finals. They’ve had a successful season by measure.

Still, their goal is an NBA Championship. If they don’t accomplish that goal, we can’t rule anything out. Meanwhile, the Brooklyn Nets entered this season with the same goal. They just didn’t come particularly close to it.

For that reason, they’re more likely to make a bold decision this summer. Of course, they probably won’t trade Kevin Durant.

Nonetheless, if they put him on the trade block or he sought a surprise change of scenery, they’d be assured to get a massive return.

Here’s a scenario that sees the Boston Celtics being the team to give it to them.

The most difficult part of putting this package together was deciding who, if anyone, would receive draft picks.