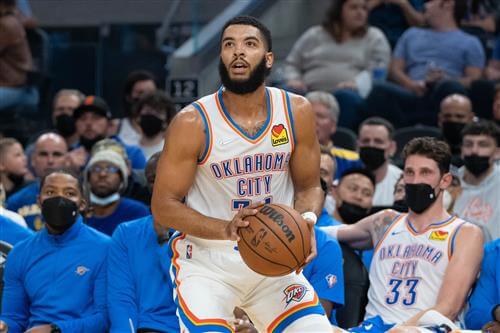 The Los Angeles Lakers have struggled at times this NBA season to build any momentum. Consistency has been a big issue as they have had guys in and out of the lineup throughout the season, making it difficult for a team with so many new faces to develop chemistry and cohesion.

Los Angeles is currently 12-12 on the season, which is not acceptable for them given the relative ease of their schedule to start the season. They already have four losses this season to teams .500 or worse and have struggled to put away some of the lower-rated teams in the league as well.

NBA
What Is The Missing Piece For The New York Knicks?

Having LeBron James for only 11 games thus far this season is a big reason for that. James has dealt with ankle soreness, an abdominal injury and suspension. He is now in the league’s health and safety protocols and will sideline him a few more.

Trevor Ariza and Kendrick Nunn have yet to suit up this season. Russell Westbrook, Carmelo Anthony and Malik Monk are the only players to appear in all 23 games thus far this season.

The gamble the front office took on acquiring Westbrook has not yet paid dividends as the depth they surrendered has proven difficult to replace, especially on defense. Without many assets to trade, Los Angeles will have to get creative adding pieces to improve areas of need.

This deal proposed over at Bleacher Report with the Oklahoma City Thunder would certainly be a step in the right direction. Here is the hypothetical trade that they proposed.

In this NBA trade scenario, it would be just Kenrich Williams who is the sole player being moved to a new teams. He would find his way to the Los Angeles Lakers while the Oklahoma City Thunder would net a pair of future second rounders.

The Lakers do not have a lot of options when ti comes to being able to make a splash move. Making an upgrade on the margins could be an attractive option.

Williams is a versatile player that brings efficient complementary offense along with an edge on defense. That is the kind of role player the Lakers could use.