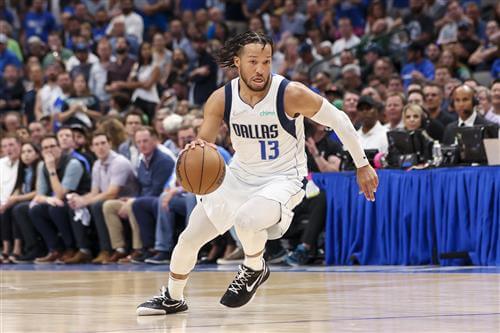 What’s better than an oversized wing with fluid handles who can create his shot at will for an NBA offense? How about two of them.

Kevin Durant and Jayson Tatum would put opposing NBA defenses in an almost unprecedented bind. Not only do you have to double team both, but you also have to double team them with strong, defensive wings and bigs. Few teams have the personnel to cover that task if any do.

Granted, most Celtics fans aren’t clamoring to bust up the duo of Jayson Tatum and Jaylen Brown. As it stands, they forced a Game 7 in the Eastern Conference semifinals against the Milwaukee Bucks.

If the Celtics defeat the defending champions, chances are, they probably won’t make any major moves this summer. If they don’t, there could be chatter.

A second-round exit feels like a low bar for this Celtics team. If they decided that the Jayson Tatum and Jaylen Brown pairing had hit a ceiling, who knows if they might entertain something more radical.

Something like, for example, making the Brooklyn Nets an offer they couldn’t refuse.

This trade would shock the NBA world. The explosion on NBA Twitter would cause so much damage that Elon Musk would reconsider purchasing the app.