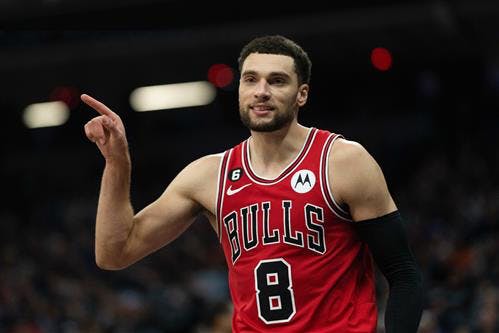 The Chicago Bulls are off to an awful start to the 2022-23 NBA season. They are quickly emerging as the top team to monitor as a potential blow-it-up candidate before the midseason deadline. Could the Memphis Grizzlies capitalize?

In a reductive sense, any athlete’s overall ability can be judged by two measures – athleticism and skill. Take an NBA player. You can identify significant subcategories within each of those categories. Passing, shooting, defending, and rebounding all count.

So do running, jumping, lateral mobility, hip flexibility, and being able to change your pace. Yet, we challenge you to name a facet of the game that can’t be grouped under either category.

Ja Morant is one of the most athletically gifted players in the NBA. He’s skilled, too. Specifically, he’s a dynamic passer with great vision and execution. In fact, Morant’s path to superstardom has been obvious since he entered the NBA.

By contrast, nobody could say the same for Zach LaVine. He’s evidently been an elite run and jump athlete since his first day in the NBA, but as a rookie, LaVine was unpolished.

Through a lot of hard work, he’s developed into one of the most skilled scorers in the NBA.

Imagine the two sharing a backcourt? Here’s a deal that makes that a reality by sending LaVine to the Memphis Grizzlies.