The Yankees are in on Xander Bogaerts; but there's a catch
Clutch Points | Nov 30 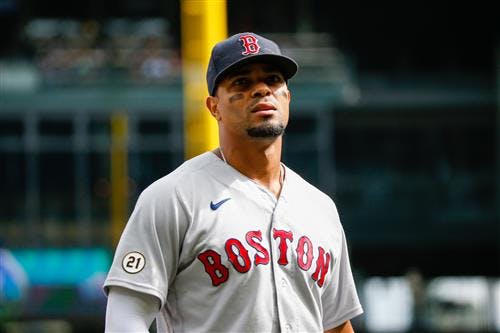 Xander Bogaerts has been linked to no shortage of teams in free agency. The Los Angeles Dodgers, Philadelphia Phillies, San Diego Padres, Chicago Cubs, and even Arizona Diamondbacks have been connected to the former Boston Red Sox shortstop. But MLB insider Buster Olney recently admitted that he would not be surprised if the New York Yankees made a run at Bogaerts, per Audacy.

“I think the versatility of (Xander) Bogaerts and (Trea) Turner make them more attractive for the Yankees, and I think Bogaerts because he’s going to be less expensive than Turner,” Olney said. “It wouldn’t shock me if they don’t sign Judge I think he becomes their number one target.”

Olney didn’t just lightly touch on a Yankees-Bogaerts connection, rather, he said Xander Bogaerts could emerge as New York’s “number one target” if they don’t sign Aaron Judge.