The Warriors Should Trade For Karl-Anthony Towns
Heavy | Sep 20 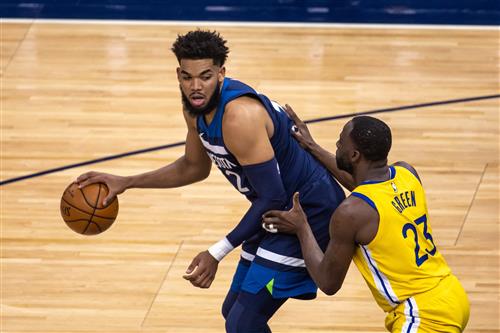 The Golden State Warriors made a very conscious roster decision this offseason, opting to hold onto both lottery picks and a promising young player instead of trying to package them in a trade for an established star.

But one report suggests that the Warriors could change course, giving up on the youth movement in order to land an All-Star big man who could propel the team to a title. After two straight seasons that ended short of the playoffs, the Warriors are hoping that the expected return of Klay Thompson can make them a contender again, and a report suggests that a blockbuster trade could help the matter.

Bleacher Report’s Grant Hughes broke down a series of hypothetical trades to create new NBA superteams, starting with the Warriors. He suggested that Golden State could land Minnesota Timberwolves big man Karl-Anthony towns while shipping out both lottery picks, Jonathan Kuminga and Moses Moody, along with second-year center James Wiseman.

In order to work out the trade, the Warriors would send their young players to the Timberwolves along with a 2026 first-round pick, while also shipping wing Andrew Wigginsand an unprotected 2022 first-round pick to the Oklahoma City Thunder.

Hughes speculated that the trade could make the Warriors a formidable title contender.