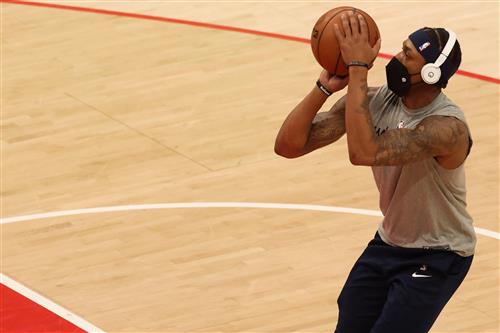 After a disappointing first-round exit, the Los Angeles Lakers potentially have the biggest offseason ahead of them. For starters, it’s clear that the team cannot compete with just LeBron James and this roster. The loss of Anthony Davis made this team vulnerable for the future, which means that the Lakers will need to retool this roster.

LeBron is 36 years old and has just two years left on his contract. He will turn 37 years old in December, so the Lakers realistically have a two-year window to win at least one more championship before Father Time takes his toll on LeBron.

There are a lew of players that could or could not return with the team. These decisions have major implications for the team moving forward. Here is the list of impending free agents for the Lakers.

Realistically, the Lakers cannot bring all of these players back to the team. Another reality that the team must face is that the Lakers will need to bring in a third superstar to pair with an older LeBron and fragile Anthony Davis. Outside of the Big 3, the supporting cast will need to also be perfect.

Winning championships in the NBA is difficult. It takes skill constructing a roster, but also a little bit of luck. This offseason is critical because the Lakers cannot mess this up and waste the final two years of LeBron’s career.

Before the Lakers can sign anybody, the team should try and rekindle any value they can get on impending free agents that could leave. The Lakers cannot afford to keep Andre Drummond. As expected, Drummond is likely going to receive a lucrative offer after averaging 17.5 points and 13.5 rebounds during the regular season.

Drummond showed off his rebounding numbers in the playoffs, but never provided the scoring. The Lakers will likely not bring back Drummond, but it would be best to find a sign-and-trade partner. The same goes for Alex Caruso and Dennis Schroder.

Schroder seems like a potential candidate to re-sign, but the Lakers can’t keep his salary on the team if they want to bring in a third superstar. Schroder, the 2020 Sixth Man of the Year runner-up, averaged 15.4 points and 5.8 assists in the regular season and could command a salary as high as $20 million per season.

With the salary, as well as the potential $10 million salary Caruso could command, the Lakers need to save that combined $30 million and use it on a more explosive player. The Lakers can move this salary and bring back potential low-cost veterans to receive the highest value possible.