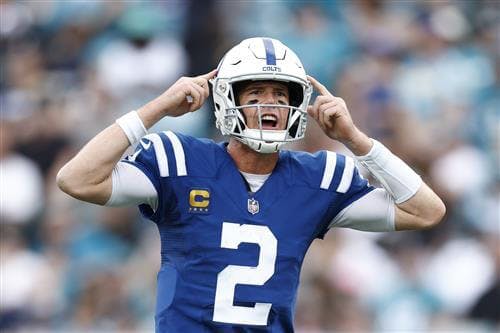 We aren't even a month into the 2022 NFL season, but already there are several players and coaches who are standing out from the crowd.

While some of these talents are drawing attention for good reasons, several stick out in a negative way as a result of poor play or decision-making that is hurting their respective teams.

There is still time to turn things around during this lengthy 17-game campaign, but changes need to be in the pipeline soon or a lost season could be unavoidable.

With that in mind, here are the five biggest disappointments to start the 2022 season.

The Indianapolis Colts shook things up after coming up painfully short of a postseason appearance last year. The club jettisoned incumbent starting quarterback Carson Wentz and swung a trade to bring in Matt Ryan, a move the Colts hoped would get them back into contention.

With the first fortnight of the 2022 season behind us, it seems like Indianapolis may have been better off sticking with Wentz.

Ryan started his Colts career by throwing a whopping 50 passes against the Houston Texans. He only connected on 32 of those attempts, however, generating 352 yards and one touchdown while also throwing an interception and losing a fumble in the contest.

The 37-year-old showed some flashes of the talent that made him a four-time Pro Bowler while leading a furious comeback from a 20-3 fourth-quarter deficit to force overtime and ultimately end the game in a tie, but things looked much worse in Week 2.

Ryan couldn't get anything going against the Jacksonville Jaguars defense, completing just 16 of his 30 passes for 195 yards. He failed to lead a single scoring drive in what finished as a disheartening 24-0 Colts loss while tossing three picks and taking five sacks in one of the worst performances of his 15-year career.

The veteran signal-caller told reporters that his performance is unacceptable but believes things will turn around starting in Week 3 against the Kansas City Chiefs:

"There's no doubt about it, we have to get it corrected. Our performance hasn't been good enough the first couple of weeks and we know that. I also think we have a tough group of guys, a proud group of guys that are all introspective and thinking about what they can do to help us play better as a unit."

It will take a vintage Matty Ice showing to get the Colts in the win column against a foe as strong as the 2-0 Chiefs, the type of performance Ryan has yet to muster since leaving the Atlanta Falcons.