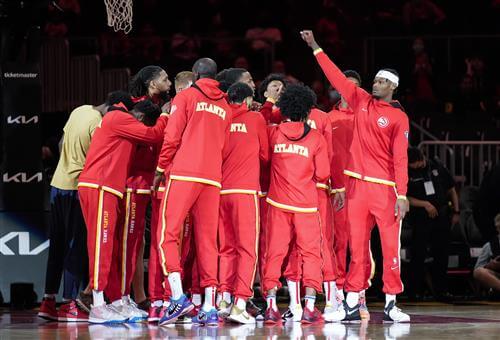 The NBA trade deadline is rapidly approaching on Feb. 10, and several high profile players are rumored to be available. While the trade deadline has developed a reputation for over-promising and under-delivering in recent years, the last few seasons have been full of big deals.

Last year’s trade deadline saw the Bulls acquire Nikola Vucevic, the Nuggets land Aaron Gordon, and the the Trail Blazers pull off a deal for Norman Powell. Two years ago, there was the big D’Angelo Russell for Andrew Wiggins trade between the Warriors and Timberwolves, and also a four-team trade that put Clint Capela on the Hawks and Robert Covington on the Rockets. The Raptors ignited their championship run in 2019 by landing Marc Gasol at the deadline.

Ben Simmons is the biggest name available at the deadline, but no team has been able to meet the Philadelphia 76ers asking price so far. Several other quality players could potentially be on the move, setting the table for what could be an explosive deadline. Which franchises could be looking to make a trade as the deadline arrives? With a tip of the cap to the great Tom Ziller of the essential Good Morning It’s Basketball newsletter, here’s seven teams who better be thinking about making a move.

The last time the Kings made the playoffs, Mike Bibby and Brad Miller were balling out back in 2006. Yes, that’s the league’s longest playoff drought, and Vivek Ranadivé has been desperate to get team back on track since he purchased the franchise in the spring of 2013. At the moment, the Kings are just outside the play-in picture as the No. 11 seed in the Western Conference, but there’s no doubt this roster is going to need a major shake-up to change the team’s fortunes long-term.

The Kings have been tied to Simmons for months, but Sixers executive Daryl Morey doesn’t seem infatuated with their pieces. If a Simmons deal is off the table, the big question for the Kings is what they do with De’Aaron Fox and Tyrese Haliburton long-term. Fox’s play has dipped this year, but he’s still a serious talent. A proposed swap with the Indiana Pacers for Domantas Sabonis makes some sense on paper, but the Kings quickly shot down the rumors after they surfaced on Wednesday.

Harrison Barnes and Buddy Hield could both help a contender. Richaun Holmes is one of the league’s most underrated centers, and he’s on a team-friendly contract. It’s impossible to know whether the Kings will look to beef up for a play-in run, or tear down the current roster to build from the ground up. Executive Monte McNair likely has Ranadivé breathing down his neck, and it sure feels like there’s pressure to make a deal in either direction.

The Hawks’ charmed run to the conference finals last season was supposed to be the start of a sustained run of success, but instead they’ve been the East’s biggest disappointment this season. The Hawks’ offense ranks as the second best in the league, but the defense is the NBA’s third worst. Right now, Atlanta has significant ground to make up just to get in the play-in tournament, and it’s far more likely they’re looking at a lottery pick this summer.