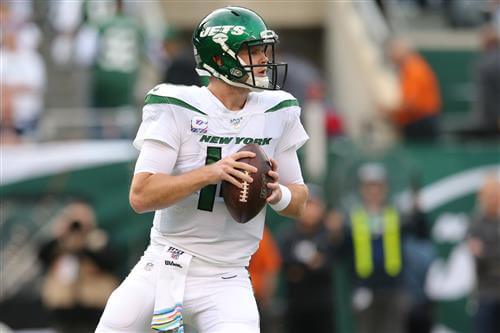 The San Francisco 49ers ultimately gave themselves the opportunity to select a new franchise quarterback by trading up for the No. 3 overall pick in the upcoming NFL draft.

Before moving up the board, however, the 49ers reportedly expressed interest in former New York Jets quarterback Sam Darnold.

Cecil Lammey of DenverFan.com and Footballguys.com reported the 49ers offered a first-round pick in exchange for Darnold. Lammey added the Jets previously expressed reservations with respect to top QB prospect Zach Wilson’s shoulder, but those concerns were alleviated after watching Wilson’s Pro Day.

Pretty remarkable to think about the haul the Jets could have obtained for Darnold had they fully committed to taking a new signal-caller with the second pick.