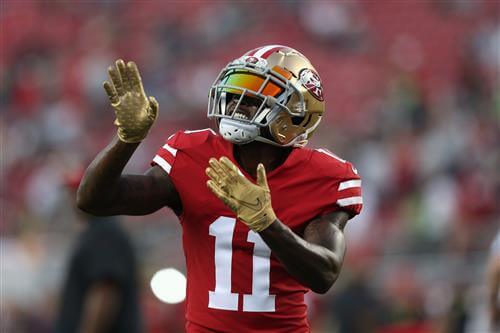 The Chicago Bears added more speed to their receiving corps on Friday, signing veteran wide receiver Marquise Goodwin to a one-year deal, according to the team.

Goodwin was drafted in the third round of the 2013 NFL Draft by the Buffalo Bills. After four seasons in Buffalo, Goodwin signed with the San Francisco 49ers and became one of the better deep-threat receivers in the league.