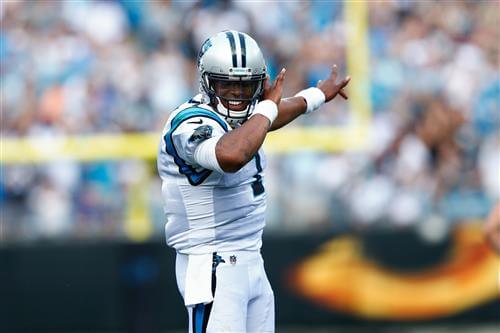 Cam Newton, who entered the NFL as the No. 1 overall pick in the 2011 draft and became a league MVP, a three-time Pro Bowler and an All-Pro quarterback, remains a free agent.

The Carolina Panthers released him last week after agreeing to sign quarterback Teddy Bridgewater. Afterward, Newton posted an Instagram video in which he said: "They gave up on me."

A month ago, NFL Network's Ian Rapoport reported the Panthers were "moving forward" with Newton as their starting quarterback. However, the organization went with Bridgewater instead.

Now, Newton must regroup and start a new chapter in his NFL career. However, he landed on the open market after several quarterback-needy clubs had either re-signed or acquired a new signal-caller.

Although Newton has slim pickings in terms of potential destinations, there are five landing spots where he can compete for the starting position or take the field if a young quarterback struggles early next season.

These five destinations are ranked based on Newton's opportunity to start, the team's current financial situation, his familiarity with the coaching staff and the supporting casts.

Buffalo Bills head coach Sean McDermott and Newton spent six seasons together with the Panthers. The former defensive coordinator knows the quarterback's strengths after years of practicing against him.

Newton's flashy personality doesn't seem like a fit in Buffalo, but quarterback Josh Allen plays a similar style to the nine-year veteran.

Among quarterbacks with the most rushing yards in their first two seasons, Newton ranks second (1,447) and Allen is fourth (1,141). They're first and second, respectively, in touchdowns on the ground.

Both Newton and Allen have big arms with inconsistent accuracy. The former has completed 59.6 percent of his career passes, while the latter has connected on 56.3 percent of his attempts.

However, Newton set a career high in completion rate (67.9 percent) during the 2018 campaign under former offensive coordinator Norv Turner. Perhaps he can give Allen some pointers.