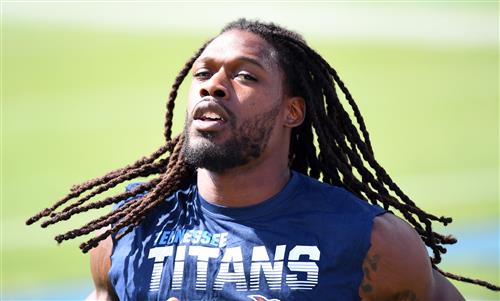 Jadeveon Clowney, one of the better all-around defenders in the NFL, remains on the free-agent market and is again flirting with a potentially extended stay.

One year removed from not inking a prove-it deal with the Tennessee Titans until the first week of September, he's still available as the calendar nears April.

Pressure is king in the NFL, and that explains most of it. Clowney hasn't done enough from a pass-rushing standpoint to earn that massive edge-defender contract, and last year didn't help as injuries limited him to eight games in which he posted zero sacks. He has just 32 sacks over 83 career games since coming off the board first overall in 2014.

Still, Clowney is only 28 years old, and his last notably healthy season came in 2019 when he posted an 87.3 Pro Football Focus grade. He's still coveted for his skills, though last year might mean another short prove-it deal.

The best potential landing spots offer a mixture of scheme fit, cap space and an environment where a healthy Clowney could get back to producing the big numbers that would earn him a better contract next offseason.

According to ESPN's Adam Schefter, Clowney and the Cleveland Browns popped up in speculation together last offseason, but nothing ever materialized.

Flash forward to now and the two had a meeting, per Schefter.

Granted, Clowney left without a deal as of now. But the fit makes a ton of sense for a Browns team trying to win right now after a playoff season. They haven't brought back Olivier Vernon, who remains a free agent, and the addition of Takkarist McKinley on a prove-it deal of his own isn't going to stop them from making a splash with a player of Clowney's upside.

Cleveland, still $13.7 million in the green, needs a starting-caliber player opposite Myles Garrett. Clowney is an ideal fit, and it would be one of the best possible spots he could join for his long-term prospects.

The old adage "never say never" exists for a reason.

The Houston Texans made Clowney the first pick in 2014, and he spent five seasons with the team before getting shipped to Seattle.