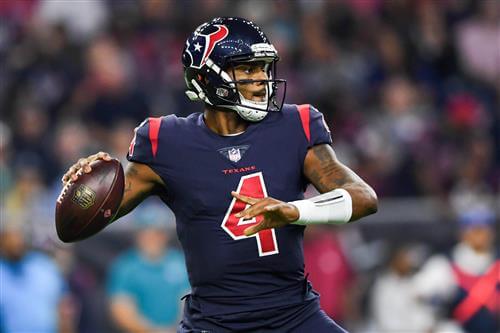 The Houston Texans' asking price for quarterback Deshaun Watson is a hefty one.

The Texans asked teams for a six-piece package of players and draft picks to deal their franchise star during the offseason, ESPN's Adam Schefter reports, citing league sources. A package could reportedly include one player and five picks or two players and four draft selections, but the Texans were not interested in moving off that stance, Schefter adds.