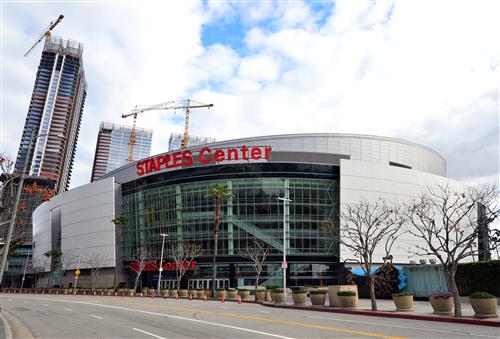 Among marketplaces where governmental restrictions are keeping practice facilities shuttered, teams are asking the NBA whether players can bypass returns to those cities and report directly to the league's proposed campus environment for the start of training camps, sources told ESPN.

Most teams in regions still adhering to stay-at-home policies amid the coronavirus pandemic have an abundance of players who left the marketplace during the shutdown and would need to quarantine for an extended period -- perhaps as many as 14 days -- prior to joining workouts in team facilities. Teams want to avoid having to quarantine significant portions of their rosters twice --- once upon returning to more restrictive markets, and again, at the bubble site.

In anticipation of the league's expectation of restarting the season, the NBA has told those teams that it plans to work with them on solutions that possibly include redirecting some teams directly to campus/bubble sites instead of team facilities to hold training camps, sources said.

The NBA has a board of governors call set for next Friday, which is expected to include further details for teams on a timetable and plan to proceed with the season. Teams are expecting the league to instruct them to start recalling players to their team's markets around June 1, sources tell ESPN.

Executives from Brooklyn, Boston, New York and Toronto were among those on Thursday's general manager's call with the league office who expressed concern about how waiting on the league to release a timetable complicates their ramp-ups to return in ways that are unique to those marketplaces, sources said.

For example, here's what Raptors All-Star guard Kyle Lowry wants to avoid: He has been working out in Philadelphia and could have to return to Toronto and quarantine for two weeks -- without a guarantee that Canadian regulations would let him use the team's facility during that period of time. Conditioning gains he had made could be dulled -- just as Lowry and others are looking to accelerate preparation.

Some teams have considered setting up temporary training camps at interim stops prior to arriving at Walt Disney World Resort in Orlando, Florida, where Eastern Conference teams expect they'll be stationed to complete the season, sources said. Twenty-one of the league's practice facilities are open for voluntary workouts, but most players on the Knicks and Nets haven't returned to the epicenter of the coronavirus outbreak, New York. In most instances, front office executives said, they're unable to get players to return to their markets to start preparing for the season's resumption without the commissioner announcing that the season will be resumed.