Should the Seahawks sign Jameis Winston to back up Russell Wilson?
USA Today | Mar 30 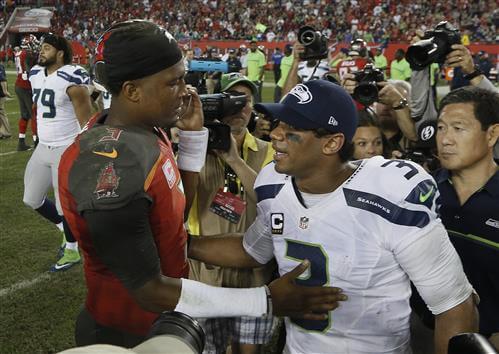 The backup quarterback position for the Seattle Seahawks has been a revolving door the past few seasons, as iron man Russell Wilson has made it a near certainty that whoever wins the job won’t see the field at all – unless they are asked to do the coin toss in overtime.

Geno Smith is an unrestricted free agent and seems likely to pursue employment elsewhere, leaving Seattle once again on the hunt for a backup QB. They were known to be scouting the XFL’s P.J. Walker, who recently signed with Carolina, but otherwise there has been little info about their plan at that spot.

While budgetary constrictions may make it tough, one name the team could pursue if he is unable to find a starting job – which looks likely – is former Buccaneers quarterback Jameis Winston.