Should The Raptors Pursue A Trade For Anthony Davis?
NBA Analysis | Jan 11 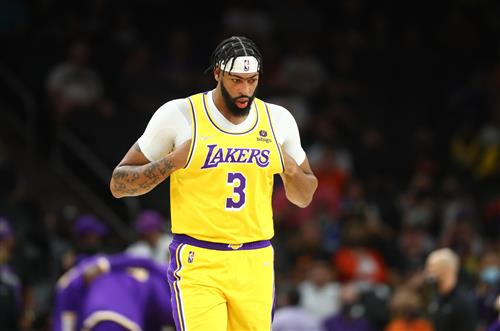 The Los Angeles Lakers got off to a rough start this NBA season. While they’ve managed to turn things around to some degree, they are still hovering around .500. People have been quick to place blame on some of the team’s main players.

LeBron James has been phenomenal, so he’s been clear of most hate. Russell Westbrook and Talen Horton-Tucker, on the other hand, have been receiving blame by the boatload. However, in reality, Anthony Davis might deserve a little more of it at this point.

His shooting numbers have been nothing short of horrendous this season, meanwhile, Westbrook has begun to turn things around. Although Davis has been hurt for a while, when he was healthy, he wasn’t very consistent.

NBA
Would You Trade Anthony Davis And Russell Westbrook For Karl-Anthony Towns And D'Angelo Russell?

Trading Davis seems crazy, but with James only having a few years of prime basketball left, the Lakers could look to take drastic measures.