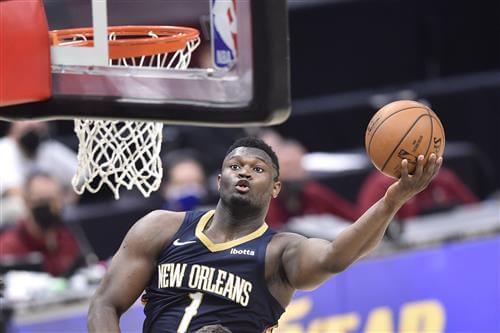 One of the teams that people are going to keep an eye on this offseason in the NBA is the New Orleans Pelicans. What they decide to do with Zion Williamson will change the landscape of the league.

Williamson has missed the entire 2021-22 season because of a fracture in his foot. He is running out of time to make a return this season, as his rehab has hit some snags throughout the last few months.

Williamson was ramping up his activity to make a return to the court around Thanksgiving but began experiencing soreness in his foot. As a result, they throttled back the rehab, but the soreness never subsided.

He received an injection in the foot and now nearly four months later, Williamson remains without a timetable to return. With only 10 games remaining in the regular season, time is running out to get him ramped up and healthy enough to get back on the court.

New Orleans is fighting for a spot in the NBA Play-In Tournament, as they currently hold the 10th spot in the Western Conference. They are two games clear of the 11th place Portland Trail Blazers, so there is not much room for error.

Could last season have been the final time we saw Zion Williamson in a New Orleans Pelicans uniform? Let’s take a look at if New Orleans should consider trading him this offseason.

The New Orleans Pelicans don’t want to trade Zion Williamson. He was expected to be the new face of the franchise after they landed the No. 1 overall pick in the 2018 NBA Draft. However, it is a relationship that has been rocky since Day 1.

Williamson’s camp, specifically some family members, have been pushing for him to be traded elsewhere essentially since he entered the NBA.