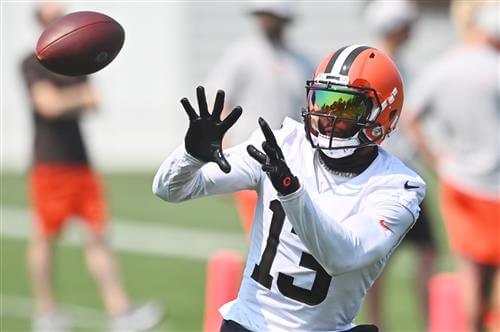 There’s the most exciting news from the NFL trade deadline we’ll get all day: the move the New Orleans Saints thought about maybe considering making, but ultimately didn’t. ESPN’s Kimberley A. Martin reports the Saints discussed a trade for Cleveland Browns wide receiver Odell Beckham Jr. but weren’t able to reach a deal.

That makes sense considering the Saints are sitting under the salary cap by roughly $1.36 million, with Beckham carrying a cap hit of $8.52 million in his remaining salary this season. It’s possible the Saints could have offered a better draft pick to get Cleveland to eat most of that, but they might have been unwilling to offer enough compensation to make it worthwhile for the Browns.