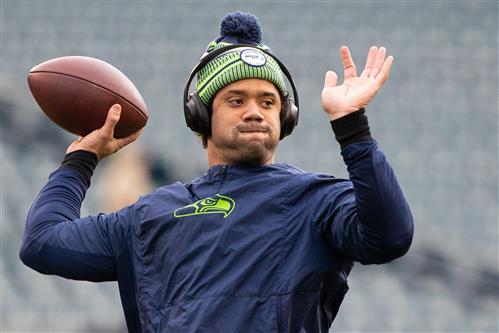 Despite not officially demanding a trade, Russell Wilson is "not happy" with the Seattle Seahawks, ESPN's Dianna Russini said on "The Pat McAfee Show" Thursday.

Russini added that Seattle isn't currently shopping the star quarterback but calls made from inquiring teams have been fielded.