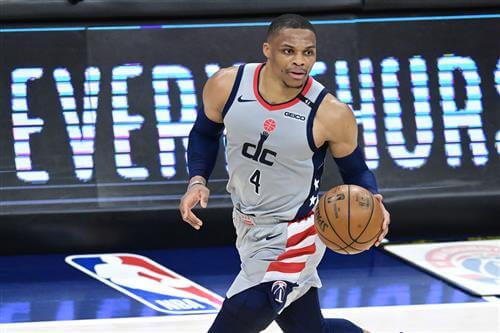 The Los Angeles Lakers could be facing Russell Westbrook as a member of their crosstown rival Los Angeles Clippers if not for Kawhi Leonard giving the star the cold shoulder. During a lengthy feature penned by ESPN’s Ramona Shelburne, the NBA insider revealed that Westbrook made a pitch to Leonard to team up together in Los Angeles during free agency in 2019.

Westbrook’s call actually backfired as Leonard used the conversation to help lure Paul George to the Clippers. Leonard called Westbrook’s then Thunder teammate to reveal the All-Star’s plan of bolting Oklahoma City. This ultimately led to George, not Westbrook, joining the Clippers with Leonard.

“Westbrook had become a father of three the previous November, and while he’d made a home and carved a Hall of Fame legacy in Oklahoma City, the chance to live and play in Los Angeles, where grandparents and his large extended family and friends could visit every day, held deep appeal,” Shelburne detailed. “Teaming up with Leonard would be the fastest way there, so he placed the call, according to multiple sources. But Leonard didn’t just take the call as one native son of Los Angeles to another, ponder it and file it away. He used it.

“According to multiple sources, Leonard then called Westbrook’s teammate in Oklahoma City, Paul George, and told him he’d rather team up with him on a homecoming.”

Ultimately, Westbrook landed in Los Angeles two years later with the rival team. During an interview on The Lowe Post podcast, Shelburne elaborated on how Leonard turned down Westbrook’s recruiting pitch.

“So, in the summer of 2019, Russ, just as I would say it was more of a thought bubble early on, just thought, ‘You know, Kawhi wants to get back to L.A,'” Shelburne explained.