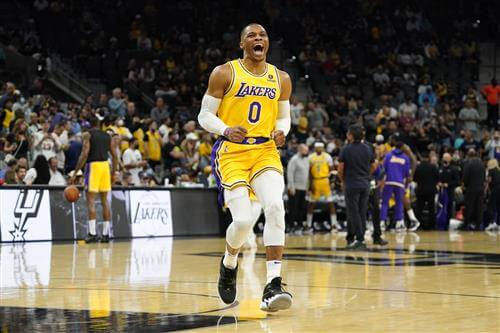 In a Lakers world full of ifs, one thing that was surely going to happen has been officially confirmed by the NBA preeminent basketball reporter. During Game 3 of the NBA Finals on Wednesday, ESPN's Adrian Wojnarowski reported that Russell Westbrook will be picking up his player option at the end of June.

"Russell Westbrook can opt into the final year of his contract at $47 million dollars, he's expected to do that at the end of the month."