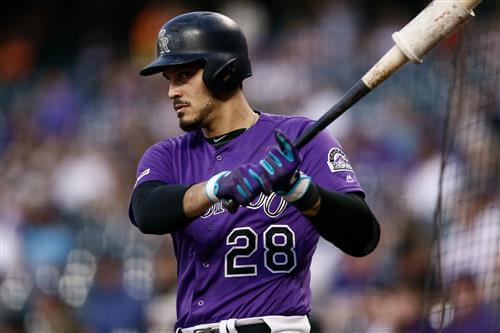 Bridich made it clear that the all-star third baseman will be with the Rockies when they open spring training next month in Scottsdale, Ariz. He also made it clear that, at least for now, trade talks are off the table.

The trade rumors, which began as a whisper during baseball’s winter meetings in early December, picked up steam this month on a national level.

“With the season coming up and spring training on the horizon, we are going to start focusing on that,” Bridich said. “We have listened to teams regarding Nolan and really nothing has come of it. We are going to move forward pretty much as we expected — with Nolan in the purple and black and as our third baseman.

“So we can put this to bed and collectively look forward to the upcoming season and work toward that.”

Arenado, 28, signed an eight-year, $260 million deal last February, so he’s still owed $234 million for seven years. The seven-time Gold Glove winner and five-time all-star can opt out of his contract after the 2021 season, meaning that a trade remains a possibility over the next two years if the Rockies fail to put a winning product on the field.

Arenado’s contract also contains a full no-trade clause, meaning he can reject a trade to a team he doesn’t like.