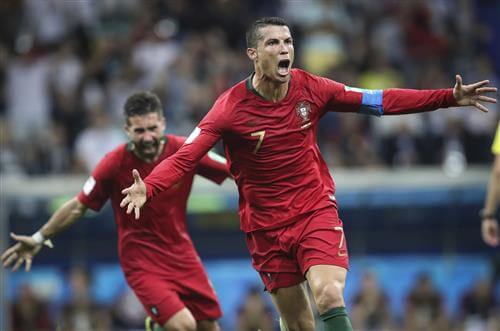 Cristiano Ronaldo has a new record to add to his ever-growing list of accolades. The Portuguese star is now the first soccer player in history to crack $1 billion in career earnings.

Ronaldo, 35, becomes just the third athlete to ever reach this level of wealth, joining Tiger Woods and Floyd Mayweather Jr. He is the first team-sport athlete to accomplish the feat. According to Forbes' Christina Settimi, Ronaldo is now No. 4 on the list of highest-paid celebrities—one spot above rival Lionel Messi. Kylie Jenner, Kanye West and Roger Federer rank one through three, respectively.

Per Forbes, more than half of Ronaldo's billion has come from club contracts, with the striker earning $650 million through professional soccer alone, a number the outlet expects to reach $765 million when his current contract expired in June 2022: