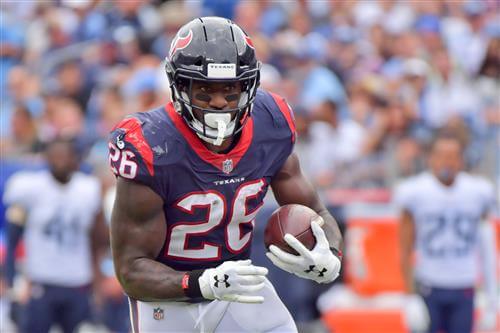 The New England Patriots have signed veteran running back Lamar Miller to a one-year deal, according to ESPN's Adam Schefter.

The Patriots choose to use one of their remaining four roster spots on their 80-man roster on a running back, which could mean several different things.

Miller was a fourth-round draft pick by the Miami Dolphins in the 2012 NFL draft. He found his first 1,000-yard rushing season in 2014, when he carried the rock 216 times for 1,099 yards and eight touchdowns. In four seasons since then, however, Miller has eclipsed 1,000 rushing yards just once (2016). In 2019, Miller suffered a torn ACL during the Houston Texans' preseason bout against the Dallas Cowboys and did not return during the remainder of the season. Miller spent three seasons in Houston.