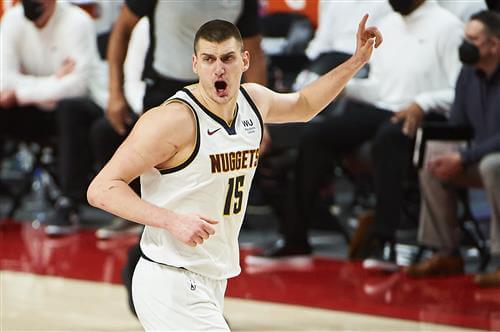 Last season, Jokic averaged 26.4 points, 10.8 rebounds, 8.3 assists and shot 56.6% from the floor, 38.8% from three-point range, but the most impressive stat from last season was the fact that he played in all 72 regular season games.

With Nikola Jokic winning the MVP award last season with the Nuggets, who were not the best team in the league, 12 of the last 20 MVP award recipients were members of the team that had the best record in the league during the NBA regular season.

Jokic also finished last season with the highest Player Efficiency Rating (PER) in the league, making 11 of the last 13 winners of the league-MVP award the player who ranked first in PER at the end of the year.

The 2021-22 NBA season is right around the corner and as a result, it is time to take a look at who could be the early top candidates to win next season’s MVP award.

After being traded to the Brooklyn Nets in January 2021, James Harden played in a total of 36 regular season games with Brooklyn, averaging 24.6 points, 8.5 rebounds, 10.9 assists and shooting 47.1% from the floor, 36.6% from three-point range. The former 2017-18 MVP nce again finds himself as a favorite to win the league-MVP award, even though he is on a team with two other superstars.

He has led the league in assists before, he was arguably the best rebounder stats-wise on the Nets during his time there last season and we all know what Harden can do scoring-wise with the ball in his hands. Fully healthy and on the court next to two of the other NBA’s best talents, James Harden could really flourish as the all-around top-tier player he really is.

The Brooklyn Nets are going to be entering the 2021-22 season as the “team to beat,” even though the Milwaukee Bucks are the defending World Champions, so if they live up to their expectations, it will be hard for either Harden or Durant to not receive votes for league-MVP.

This 2021-22 Nets squad has a chance to be very special and if they finish with the league’s best record, James Harden will very much have an appealing case to be had to win the 2021-22 league-MVP award.