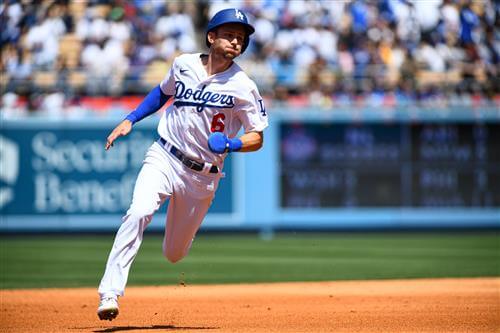 Following a loaded 2021-22 MLB free-agent class, this upcoming offseason could be a letdown by comparison, but that's not to say big names couldn't change teams.

Ahead we've laid out our preliminary ranking of the top 25 free agents based on expected production, age and potential earning power.

These rankings will be updated each month throughout the season, and 2022 performance will become a bigger factor as sample sizes grow.

Players with opt-outs and team or player options were not included, but the notable opt-outs are listed separately along with some honorable mentions.

Heaney allowed just four hits and three walks while striking out 16 in 10.1 innings over his first two starts in a Dodgers uniform before landing on the injured list with shoulder discomfort. The left-hander has always had swing-and-miss stuff, including 150 strikeouts in 129.2 innings last year. As long as the shoulder soreness doesn't turn into a bigger issue, he can boost his stock considerably in the coming months.

Kuhl was non-tendered by the Pirates at the start of the offseason, which is never a great sign. However, he caught on with the Rockies on a one-year, $3 million deal, and he has been a big part of Colorado's surprising early success. He has a 1.10 ERA and 2.77 FIP in 16.1 innings through his first three starts, and his age gives him more earning upside than some of the other veteran starters on the honorable mention list.

Fresh off a 4.9-WAR performance in his Red Sox debut season, Hernandez is off to a slow start at the plate this year, and he could have a tough time duplicating last year's success. That said, his defensive versatility and postseason experience still hold significant appeal, and he should be able to secure another multiyear pact.