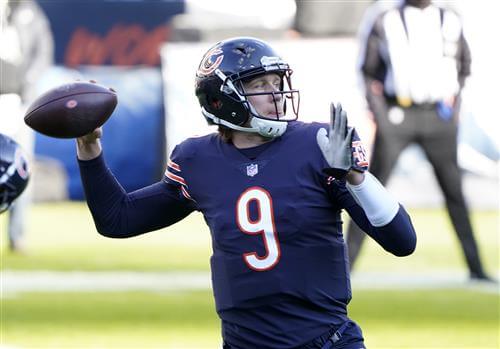 At the conclusion of NFL training camp each year, proven veterans are cut for myriad reasons. These 20 prominent NFL players are cut candidates at the end of the training camp.

Austin didn't sign with the Jags until early August, but the former first-round pick still has a tall task in making Jacksonville's roster. He appeared in only four NFL games last season and is buried on the depth chart.

A 2018 first-round bust to this point, Bryan has to play his way onto the Jaguars roster on a new team regime. The Florida alum had only 18 tackles in 16 games last season.

Duvernay-Tardif opted out of the 2020 season to fight the pandemic as a healthcare worker, and he's likely lost his starting job to rookie Trey Smith upon returning. A hand injury could keep him out for the rest of training camp, which is especially unfortunate timing.

Foles is Chicago's No. 3 quarterback in training camp after the team signed Andy Dalton and drafted Justin Fields. A prime trade candidate, Foles' contract could prevent teams from taking a flier and cause the former Super Bowl MVP to be released.

Freeman signed with New Orleans at the start of training camp, but he's hardly guaranteed a roster spot. The former Falcons star struggled with the Giants last season and is well down on the Saints depth chart.

Harrison saw significant playing time in Cleveland last year, but the team has much more safety depth this year with the return of Grant Delpit and the addition of rookie Richard LeCounte. Acquired for a fifth-round pick from the Jaguars last year, Harrison will have to play himself onto the team.

A former first-round pick by Washington, Haskins is just hoping to win a roster spot to back up Ben Roethlisberger. His preseason performance will be significant, and there's a good chance he will fail to make the team despite the raw talent.