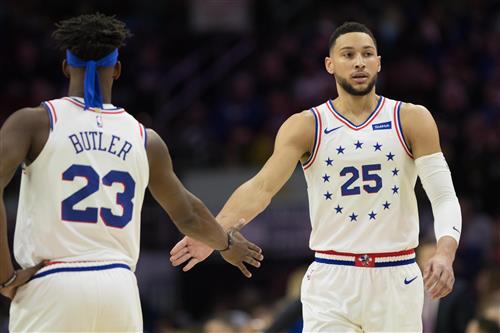 The 76ers most directly chose Josh Richardson and Al Horford over Jimmy Butler in the 2019 offseason, signing-and-trading Butler on a max deal to the Heat for the cheaper Richardson and using the resulting cap space to sign Horford (four years, $109 million with $97 million guaranteed). Given real-world spending constraints and long-term payroll concerns, it also seemed Philadelphia chose Tobias Harris (re-signed to a five-year, $180 million contract) over Butler.

But the 76ers apparently viewed their choice as Butler vs. Ben Simmons.

Simmons was Philadelphia’s point guard and prided himself on holding that leading role. However, the 76ers – who acquired Butler in a trade with the Timberwolves during the 2018-19 season – were better when running their offense through Butler, especially in the playoffs. The friction was palpable.