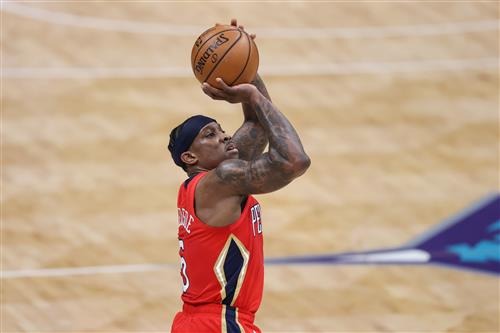 With the NBA draft closing in, the Pelicans’ bid to offload Eric Bledsoe appears to be gaining steam. Bleacher Report’s Jake Fischer reported on Sunday that New Orleans and Memphis have gained traction on a deal that would send Bledsoe and the No. 10 pick to the Grizzlies for the No. 17 pick.

“Sources said the Pelicans have generated traction with the Grizzlies in a framework that would swap that 10th selection for the 17th pick while also sending Eric Bledsoe back to Memphis.”

This report comes a day after ESPN’s Adrian Wojnarowski, on his latest podcast, indicated that the No. 10 pick was up for grabs as the Pelicans strive to move Bledsoe in a trade this offseason as well as potentially Steven Adams.

“I think both those picks are very much in play. New Orleans, they’re going to try to get, certainly, Bledsoe’s contract off and we’ll see what they do with Steven Adams. They traded for him, they signed him to an extension. We’ll see how he fits in here as they put their team together next year. But no one is just taking that Bledsoe deal off your hands so part of a deal…you’re attaching the 10th pick.”