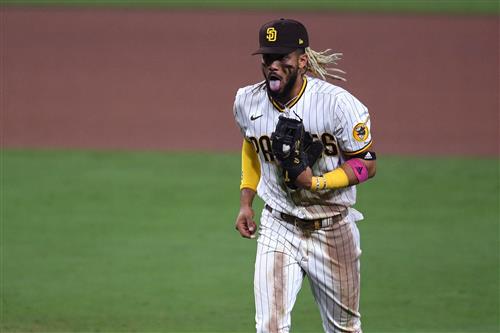 The San Diego Padres and superstar shortstop Fernando Tatis Jr. reportedly came to terms on a 14-year contract extension, per Dennis Lin and Ken Rosenthal of The Athletic.

Robert Murray of FanSided reported the deal was for $340 million.

In just two MLB seasons, Tatis has quickly developed into one of the best all-around players in Major League Baseball, and the Padres' decision to lock up the 22-year-old phenom long-term speaks to that fact.

Tatis Jr., who is the son of former MLB third baseman Fernando Tatis, burst on to the scene in 2019 as a rookie when he hit .317 with 22 home runs, 53 RBI, 61 runs scored and 16 stolen bases. Despite appearing in just 84 games, Tatis finished third in the National League Rookie of the Year voting.

His second season came under difficult circumstances in a campaign that was shortened to 60 games because of the COVID-19 pandemic. Tatis hit .277 with 17 homers, 45 RBI, 50 runs scored and 11 steals in 59 games, making him a clear NL MVP candidate.