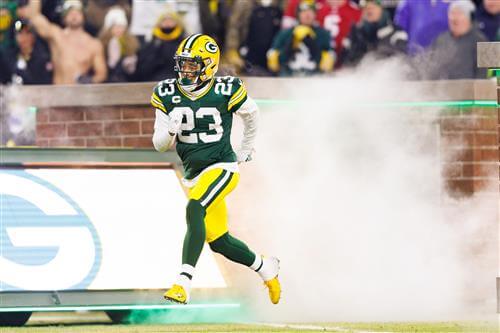 The Green Bay Packers and cornerback Jaire Alexander are finalizing a four-year contract extension worth $84 million that also includes a record signing bonus for defensive backs, per ESPN's Adam Schefter.

Alexander was previously set to make $13.3 million in 2022 in what would've been the final year of his rookie deal.

Drafted 18th overall in 2018, Alexander has blossomed into one of the more dependable cornerbacks in the league. The 25-year-old was named to the Pro Bowl and earned second-team All-Pro honors in 2020.