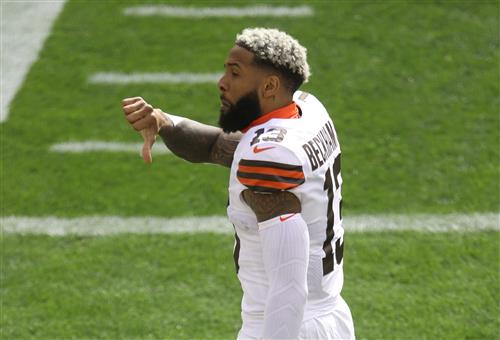 Cleveland Browns wide receiver Odell Beckham Jr. will be placed on waivers Monday, and it sounds like he's keen on teaming up with Russell Wilson.

The Seahawks can place a claim for Beckham. However, the team is ninth in the NFL waiver-claiming order, meaning any team above them that submits a claim for the star receiver would have priority. Seattle might have a better chance to land him if he were to become a free agent.