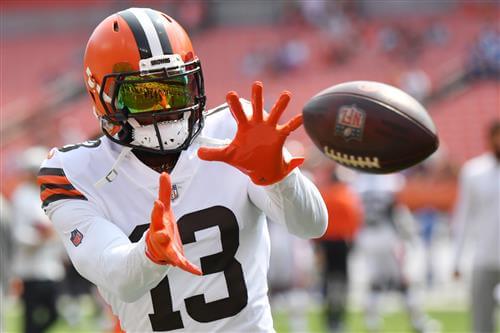 Odell Beckham Jr. wants to compete for a playoff spot down the stretch of the 2021 season.

ESPN's Adam Schefter reported the wide receiver, who can be claimed on waivers by 4 p.m. ET on Tuesday, "does not want to go to just any team" but instead "wants to spend the rest of this season with a playoff contender and in a winning environment, where he believes he would be happy and productive."

NFL
Seahawks Are ‘Best Fit’ for Odell Beckham Jr. Due to Russell Wilson

What's more, a number of players have reportedly contacted Beckham, hoping to convince him to join their teams if he goes unclaimed on waivers and is free to sign somewhere.