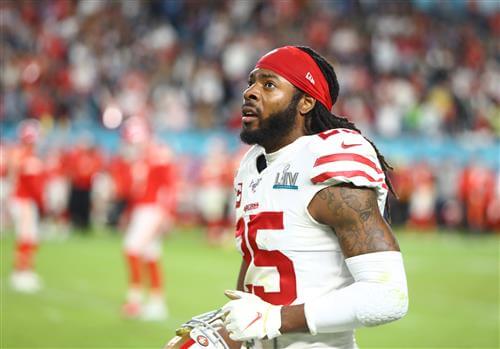 There have been plenty of fireworks during NFL free agency. After a slow start, a slew of marquee free agents -- most notably Curtis Samuel, Haason Reddick and Patrick Peterson -- came off the board on the first official day of the new league year, with a few other notable names like Kenyan Drake and Will Fuller finding homes one day later. We also had a few surprises that included Kyle Van Noy'sreturn to New England and Kyle Long ending his one-year retirement to join the Chiefs. JuJu Smith-Schuster came off the board when he re-signed with the Steelers. A day after Smith-Schuster decided stay in Pittsburgh, Kenny Golladay, the top-ranked receiver left on the market, signed with the Giants.

While the market is thinning, there are still some big name players waiting to come to terms on new deals. Here are the top 10 free agents that are still available according to Pete Prisco's Top 100 list. Don't be surprised if many -- if not all -- of these players are off the market sometime during the next 24-48 hours of free agency. We've also included reports on where these players may be heading sometime in the very near future.

Ingram is out to prove that he is still an elite player after injuries significantly impacted his 2020 season. After a slow start, Ingram tallied 43 sacks between 2015-19. The Ravens are "keeping tabs" on Ingram's market, according to CBS Sports NFL insider Jason La Canfora.

The former Army Ranger has put together an impressive run as the Steelers' starting left tackle. In fact, Villanueva's 90-game regular season starting streak is the longest of any current Pittsburgh player. The Steelers have reportedly had conversations about signing the two-time Pro Bowler.

One of last year's top free agents, Clowney did not join a new team until he inked a one-year, $12 million deal with the Titans on Sept. 8. A knee injury limited Clowney to just eight games last year, as he failed to record a sack for the first time since his rookie season. The Ravens, who recently lost defensive end Yannick Ngakoue to the Raiders, have been named a possible landing spot for Clowney.

Reiter started 28 of 32 games for Kansas City over the past two seasons, but appears to be headed elsewhere as the Chiefs remake their offensive line in the wake of a disastrous performance in their Super Bowl loss to the Buccaneers. Reiter has shown himself to be an above-average starter and could help any team in need of reinforcements up the middle (including the Chiefs, should they decide to reverse course).