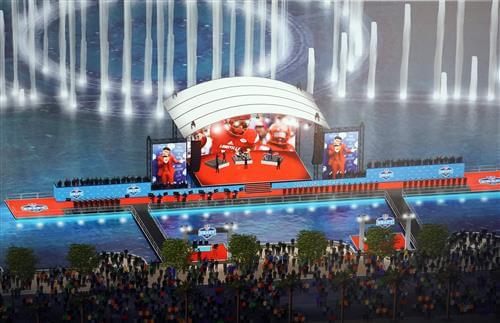 The NFL draft in the year of social distancing will not feature players walking across the stage to shake hands with Roger Goodell. But the draft will still be a TV show, and the players will still be a part of it.

NFL Executive VP of Football Operations Troy Vincent sent a letter to the top 50 or so prospects in this year’s draft, asking them to be ready to join the draft via video conference from their homes.